You Won’t Believe What I Did! 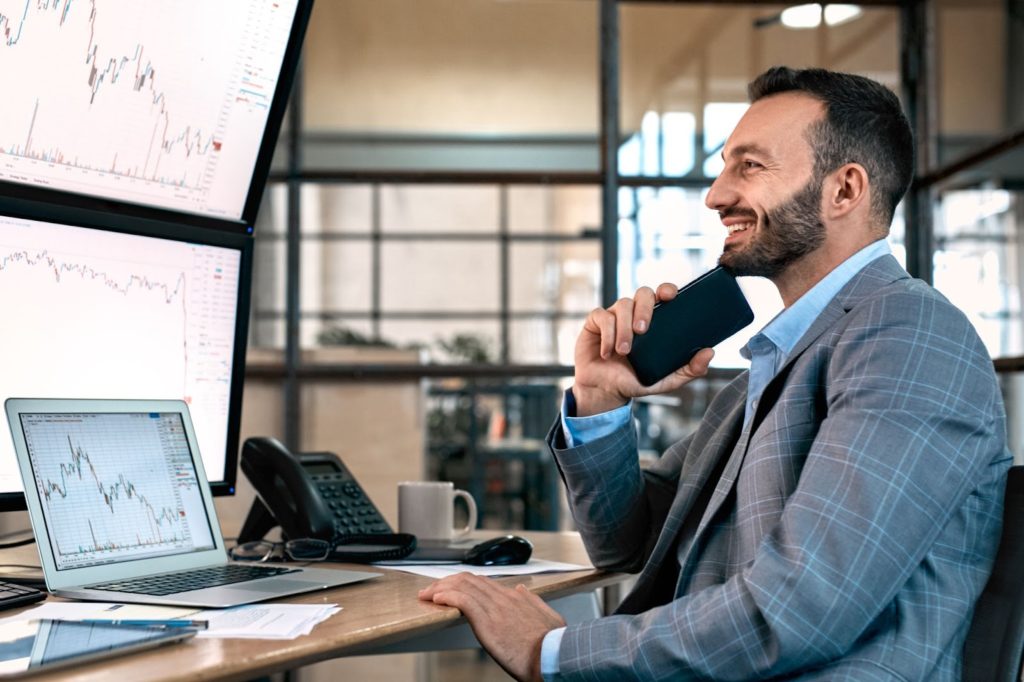 Allow me to welcome you all to The Jeff Williams All Access Trading University!

Going forward, what I previously would have posted under the Penny Pro or Biotech Breakouts will now be housed under this new header.

And gang, you best believe I will start this new era, of The Jeff Williams All Access Trading University, off with a BANG!

I will recap a trade and explain my thought process in detail leading up to the trade.

This isn’t one of my typical types of trades.

It isn’t a penny stock, nor is it a biotech stock.

Heck, I did not even trade shares of the stock. I traded options!

Ok, before I get into the details, let me give context.

I don’t often venture out of my wheelhouse, as my members will know.

However, I make sure it is for a good reason when I do.

Sometimes it might count in a big, big way.

That’s what I did with the below SPY trade.

So, let’s take a look at the Why and the How. 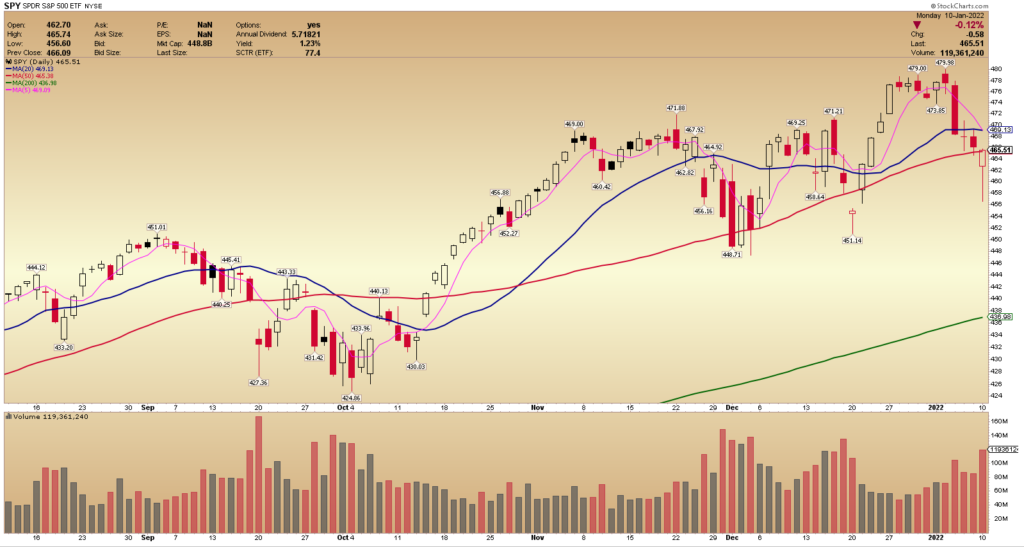 Of course, the previous day saw the market tank after breaking below the consolidation and closing near the day’s low.

The day before that, the market made a new all-time high!

Talk about a rapid shift in momentum.

On the 6th of January, I also noticed that the SPY had failed to reclaim the 20d MA early in the day and showed me no real signs of strength or an attempt at bouncing back.

I discussed the overall market live in the chatroom with my members and touched on small caps at the time. 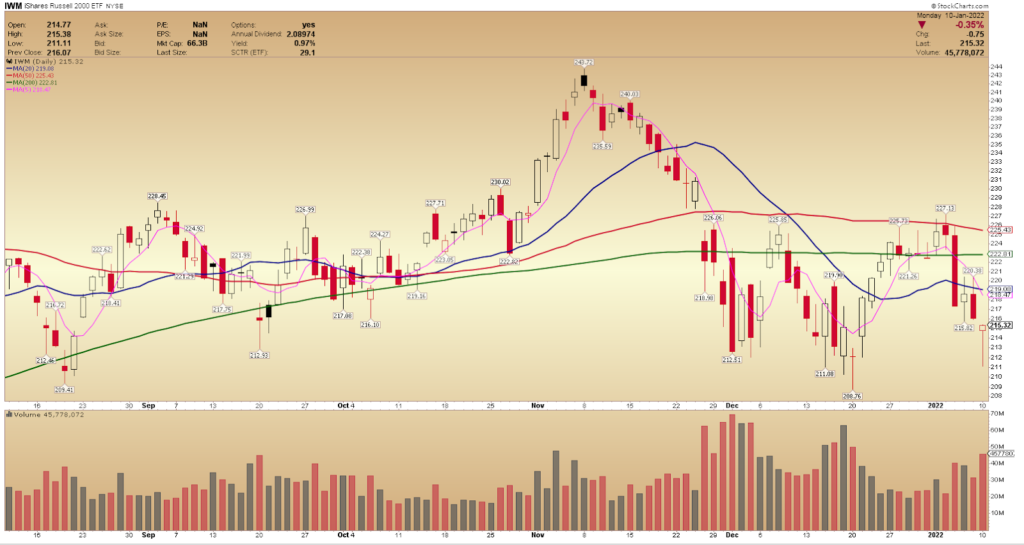 The IWM tracks small-cap stocks and has performed relatively weak compared to the overall market over the past year.

Not only has the ETF performed poorly relative to the SPY, but I had also mentioned to my members that lately, I had been open-minded and gotten short certain small-cap stocks that met specific criteria as I have noticed a new trend and set of opportunities develop.

Like the SPY, on the 6th of January, the IWM was trading below all key MA’s and showed me no sign of a reversal. 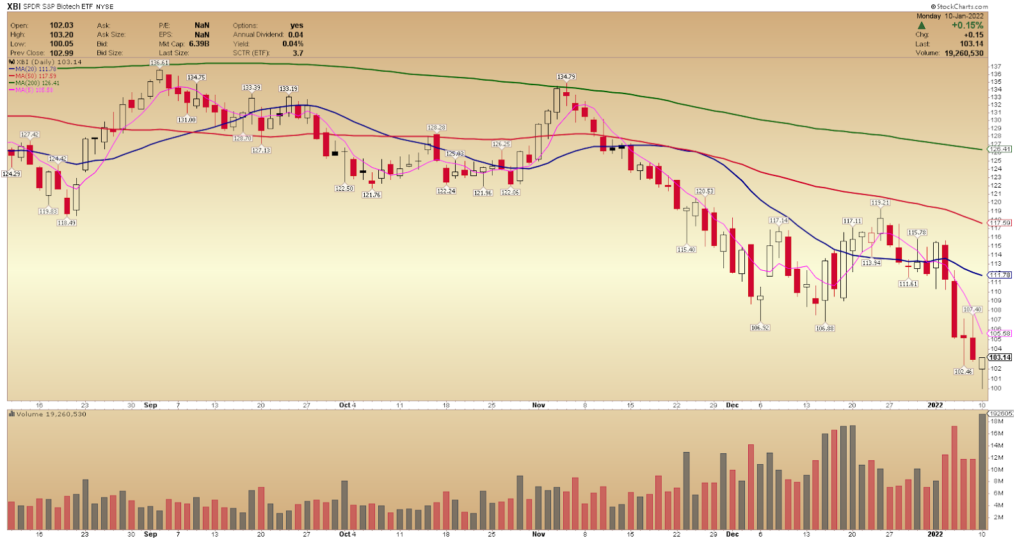 The ETF, similar to SPY, had failed to show signs of strength or recovery after breaking below support the previous day.

Momentum was clearly to the downside in the XBI three trading sessions ago, along with the overall market.

So, with the overall picture painted of a weak market, confirmed by technical analysis and price action, and a rapid shift in momentum, I looked to get short the market. 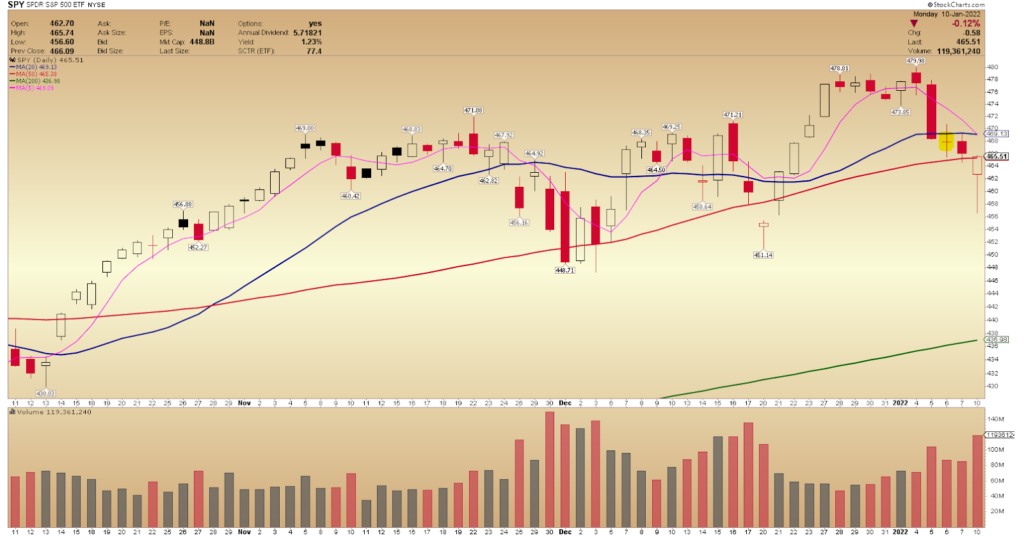 I couldn’t see a short-term bounce happening and saw momentum to the downside, so I pulled the trigger and bought January 10 $470 puts at $3.91 in SPY.

I was looking to catch downside momentum on the day.

Yesterday morning, with the gap down in the market and morning sell-off, I sold the remainder of my position in two phases.

Gang, as I said, I don’t often venture outside of my wheelhouse.

However, when I do, it is for a good reason.

In this case, I identified the shift in the market’s overall momentum, expressed my opinion with options, got short in the market, and rode the momentum.

This is Your FINAL Chance! Don’t Miss Out on Hearing From the TWO Penny Stock Kings. 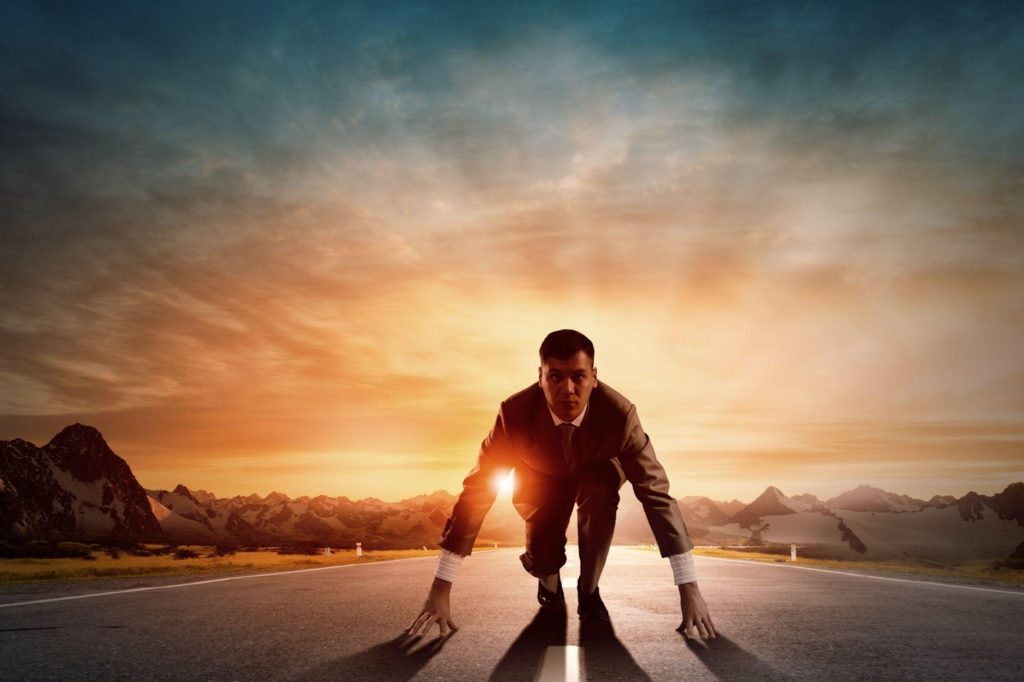 Who Said You Can’t Find Long Setups During a Market Crash? Not Me! 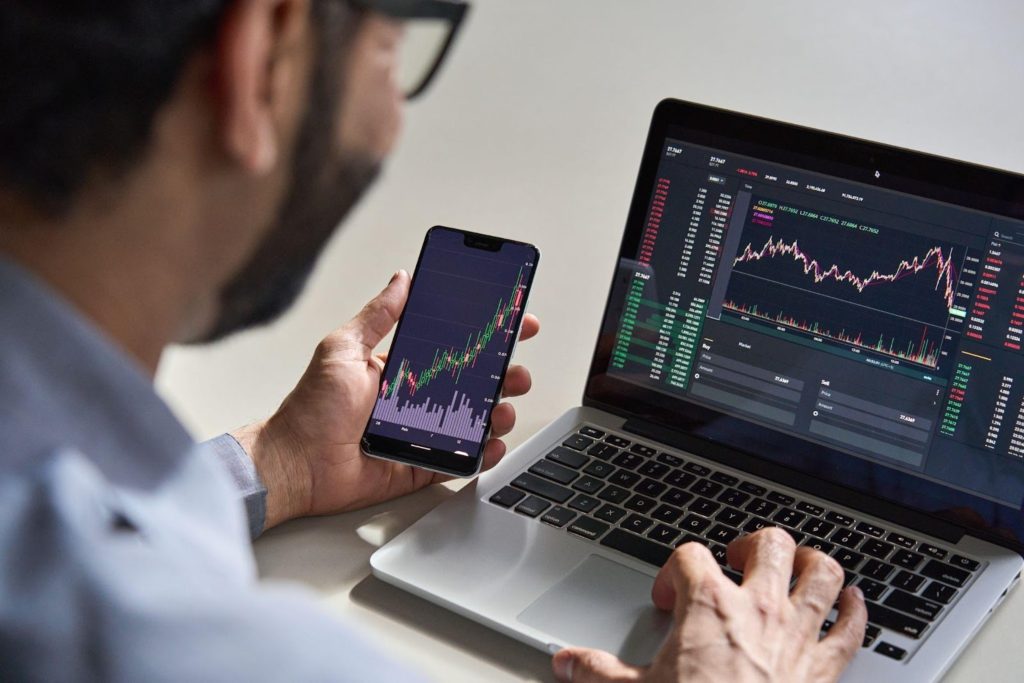 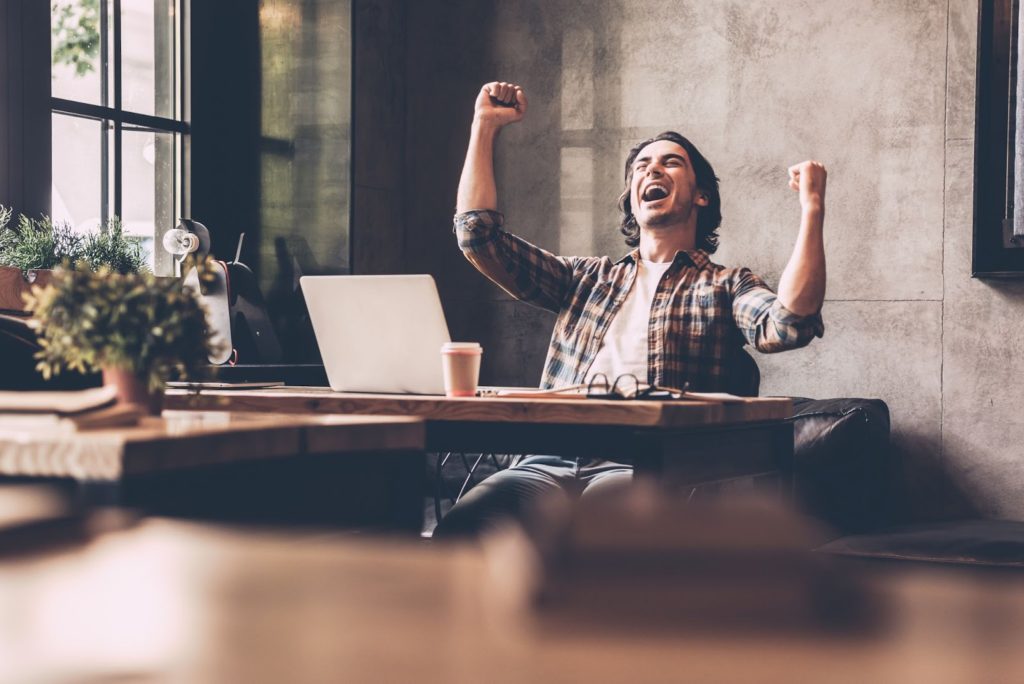 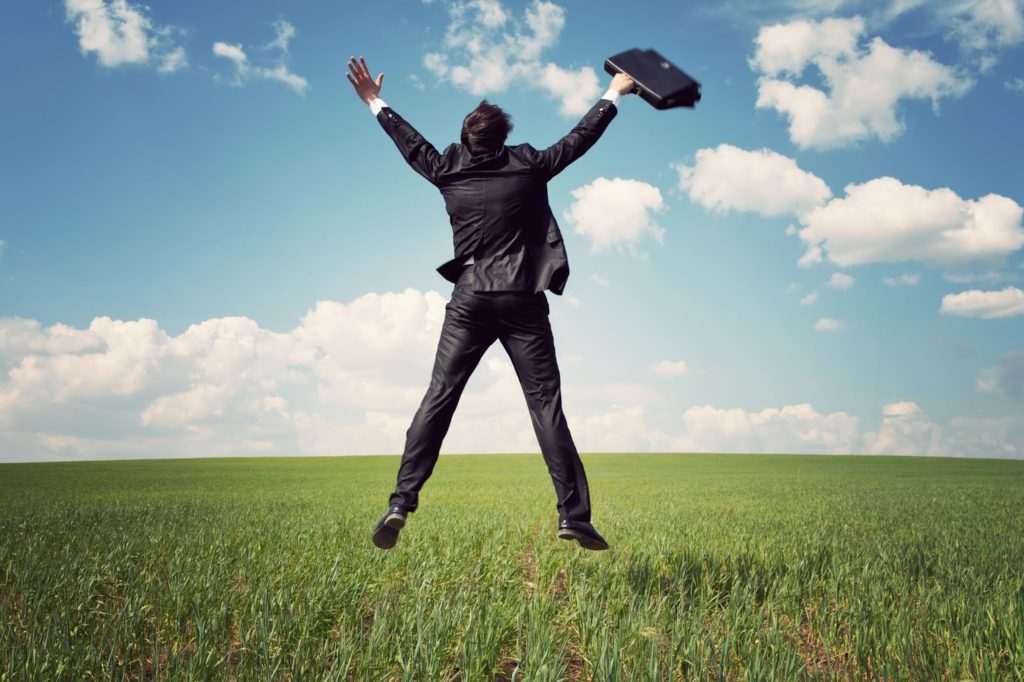