IQ Shares are Being Accumulated as the Downtrend Slows 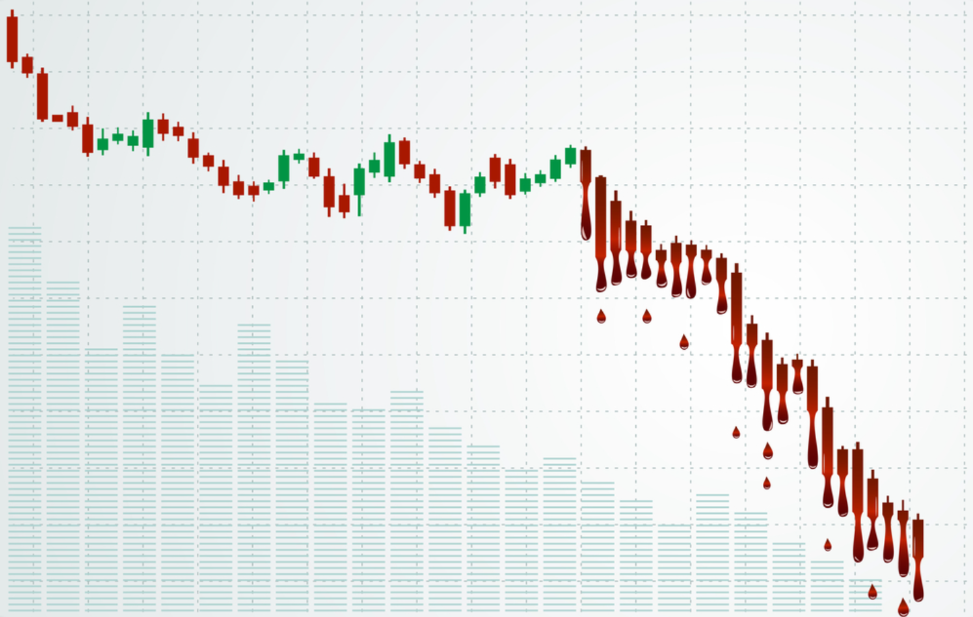 Typically, when I’m looking for oversold stocks to buy I get excited when I find a stock that has fallen 30%, 40%, or even 50% in just a few weeks.

I’ve found that such weakness often precedes one of my favorite setups, the “j-hook” pattern.

Occasionally, however, I come across a stock that has become oversold after a more prolonged sell-off that has lasted several months.

I call these stocks “bleeders.”

Although I prefer to buy oversold stocks that have witnessed a faster sell-off if I find a “bleeder” that is a quality company I become equally as interested.

There’s one such company on my Weekly Watchlist that I really like, and I am about to show you some of the reasons why.

One of the most widely respected Wall Street adages says, “Markets hate uncertainty.”

It’s respected, because it is true, especially when it comes to topics such as government policy.

When it comes to policy uncertainty in communist nations like China, however, we’re talking about a whole different ball game.

Chinese ADRs have been operating under the specter of potential, yet unspecified, future fines and the Holding Foreign Companies Accountable Act, which is a 2020 law that requires companies publicly listed on stock exchanges in the US to declare they are not owned or controlled by any foreign government.

Teachable moment: ADRs are American Depositary Receipts, which are shares in foreign corporations that trade as stocks on US exchanges.

But it’s not just the ADR structure that is under attack by US officials, VIEs (variable interest entities) are also in Beijing’s crosshairs.

Without the VIE structure, Chinese ADRs would not be possible.

And because Chinese ADRs rely on the VIE structure, these securities could lose all their value if Chinese regulators determine the structure is illegal.

Similar to what a number of unscrupulous US companies do, many Chinese companies use complex strategies to circumvent rules and tax laws.

VIEs were developed just for this purpose, to allow Chinese companies to avoid the foreign ownership restrictions, currency controls, and tax laws that the Chinese government imposes on its companies.

Essentially, VIEs provide a structure for offshore entities to own as much as 100% of an onshore Chinese entity’s profits through a set of licensing and service contracts.

If you think this loophole is something new, think again.

The Chinese government has been aware of its existence for years.

IQIYI Inc. shares are being accumulated as the downtrend slows

While this uncertainty can continue to weigh on many of the Chinese companies until this issue is resolved, we can’t ignore these stocks altogether, since many will continue to offer excellent trading opportunities as this saga continues to play out.

IQIYI Inc. (Ticker: IQ) is a stock that I have been watching since introducing it to readers via my Weekly Watchlist on 09/27.

Technically, as the chart below uncovers, IQ shares fell to new all-time lows this past week. 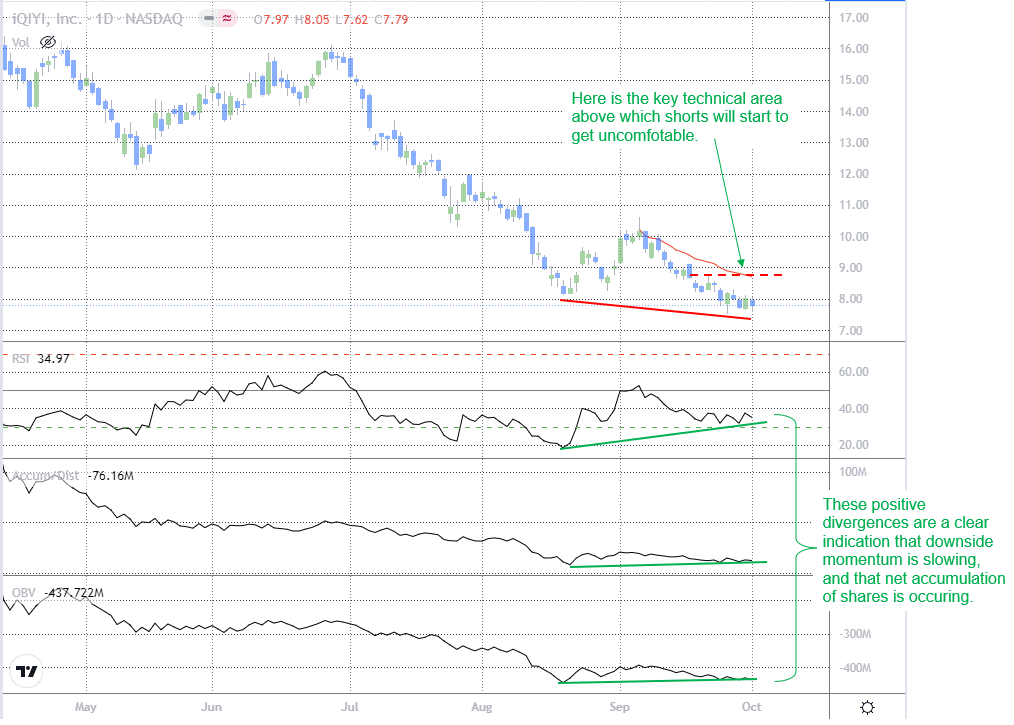 At the same time, though, momentum, as measured by the default 14-Day RSI indicator, and two key measures of net volume activity, On-Balance-Volume (OBV) and Accumulation-Distribution, did not make lower lows.

It’s a secondary indicator action like this that often warns when a downtrend is nearing its end.

Once a trader has identified positive divergences such as these, he or she can take a position in one of the following two ways:

In the case of IQ, as I’ve annotated on the chart above, that level is $8.80/$8.72, where the post-09/07 Anchored VWAP and the most recent pivot high (the 09/22 pivot high) have formed an important resistance confluence.

With 18% of the float currently shorted according to Finviz, this is the key technical area above which I think these shorts will start to be motivated to start covering some of their positions.